Insecurities: Opportunities for vulnerability and connection 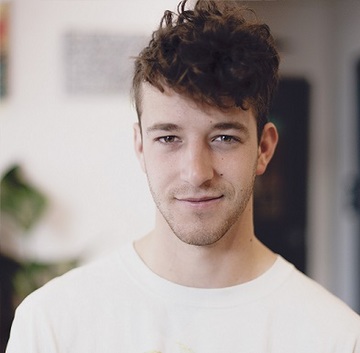 I have a fairly intimate knowledge of my own insecurities. Most of us do. Most of us have also developed strategies, locks, and a variety of booby-traps to keep other people from recognizing and stumbling upon those insecurities.

I spent my entire life on the west coast in the California sun before packing up and moving to the east coast for graduate school. I’d never been further east than Kansas City, and was suddenly thrust into a situation where I didn’t know anybody and would have to make new friends in a culture that was completely new. The first few months were hard. Okay, the first year was hard.

At the beginning of my second year I was sitting in my friend’s car. We were on a grocery run together. The conversation turned towards takeaways from our first year and goals for our second year. It was in the course of this conversation that I thought about all of the faces and new experiences that I had in the previous year. So many new people, new character types, and an entirely new culture.

For the first time, I articulated what I believed to be a premise of life: “everyone’s insecure.” From the president of the university down to every undergraduate student, every single person on earth is insecure.

I think it’s easy to miss this because we are so intimately connected to our own insecurities that we don’t think about the insecurities of others. Everyone knows their own fears and does what they can to mask them in social settings. We all end up fixating on our own insecurities, forgetting that everyone else is doing the same. I started walking into every situation--social, academic, work related, family, romantic relationships--with the premise that the other person is insecure. I know how I'm insecure. I don't know how other people are. But I know that they are. And that helps me be more vulnerable about my own insecurities.

Of course, the moral of the story is not that realizing how everyone is insecure made me more confident. I suppose it did. But really I found that an awareness of the ubiquity of insecurity made me want to feel more vulnerable about my own insecurities, which helped me be more open, authentic, and expressive. Most of the time, being honest about my own insecurities drew either an appreciation of my honesty or a surprised expression of solidarity. Most of us don’t realize how common our insecurities actually are! For me (at my best), insecurities are no longer a shameful secret, but are a way to show vulnerability and connect with people.