Focus on doing one thing 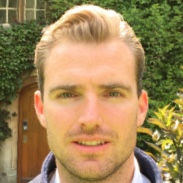 Forget everything - focus on doing one thing and one thing only.

Finally, after more than a decade of pursuing all sorts of weird and wonderful things (e.g. completing a Master’s degree, working abroad, running a small business operating on three continents with multiple clients forcing me to multi-task (aka doing too many things all at once)) in amongst everything else such as trying to find love, I’m now focused on one thing and one thing only.

Ever since high school I’ve had deep within myself a burning desire to “change the world for the better” and experience everything that life has to offer. In my pursuit of everything - sometimes referred to as the pursuit of happiness - I have also known, in the back of my mind, that there is in fact only one thing I have ever really wanted to do with my life.

Despite knowing this a decade ago, I chose to ignore this one thing and decided to pursue everything else instead. When I say “everything” what I mean is that my head was full of all kinds of wonderful dreams and silly fantasies of living somewhere overseas, somewhere cool of course, working for a fancy tech company, and maybe, just maybe, finding myself, by some cosmic accident, bumping into a Hollywood actress and falling madly in love (there aren’t many Hollywood actresses in Australia unfortunately). So off I went travelling as far and wide as my budget would take me in my pursuit of everything, those things I thought would make me happy, including falling madly in love. A decade ago, everything seemed possible. Hence why I ignored the voice calling me to focus on just one thing.

To the far side of the world I travelled - London - where I did work for a cool tech company. I never made it to Hollywood but that doesn’t matter anymore. Because what I’ve learnt over the past couple of years is that in my pursuit of everything, which I saw for myself in dreams and fantasies, was in actual fact leading me to all the wrong things.

This became clear only last year when everything suddenly came to an end: Stressed to the eyeballs with work, I endured severe anxiety, suffered a mental breakdown and was diagnosed with depression. Suffice to say, last year was the worst year of my life.

Thankfully, this year (2019) has been the best year of my life. That’s because I’m now doing what I should have been doing from the start - focusing on the one thing which I’ve known is the right thing all along. That one thing is creative writing.

Upon reflection, I don’t regret anything. It’s important to dream, to have fantasies and seek the best of destinies - this is the privilege of being human. What I’ve realised however is that while everything is possible, I have forever known, beyond all my dreams and fantasies, that I have only one destiny.

This is why I’ve decided to forget everything. I’m now focused on one thing and one thing only - creative writing - and I couldn’t be happier.