How to avoid groupthink & conformity

There are all these people telling us how we should live our lives. Groupthink a.k.a social conditioning is messing with us everywhere. Work is telling us that climbing the corporate ladder means success in life. Fashion trends are defining what beautiful is. Our social group is making us conform and act in a socially acceptable way.

Man, I see in Fight Club the strongest and smartest men who’ve ever lived. I see all this potential, and I see it squandered. God damn it, an entire generation pumping gas, waiting tables – slaves with white collars. Advertising has us chasing cars and clothes, working jobs we hate so we can buy shit we don’t need. We’re the middle children of history, man. No purpose or place. We have no Great War. No Great Depression. Our great war is a spiritual war. Our great depression is our lives. We’ve all been raised by television to believe that one day we’d all be millionaires, and movie gods, and rock stars, but we won’t. We’re slowly learning that fact. And we’re very, very pissed off. –Fight Club

Humans are tribal creatures; we’re wired to go with the crowd. But just because everyone else believes in something, it does not mean that it’s right. In the past, everyone believed that the earth was flat. We look back and think that’s ridiculous. Now imagine that you’re in the future looking back. Could it be that there are heaps of popular beliefs we hold today that our future selves would think are ridiculous? 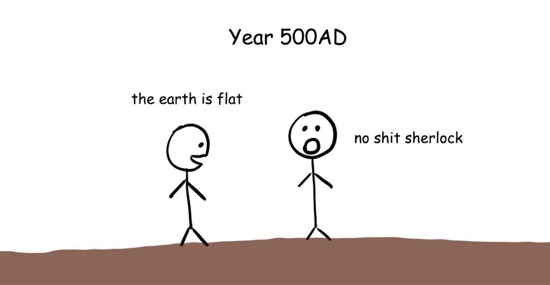 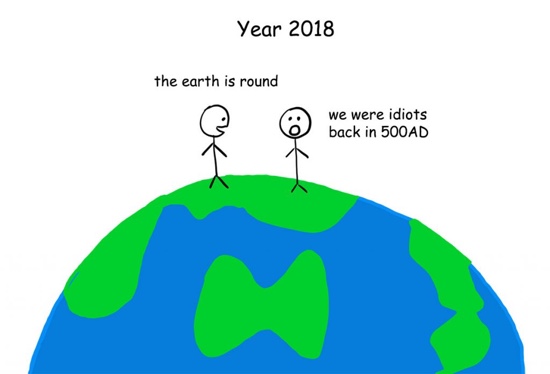 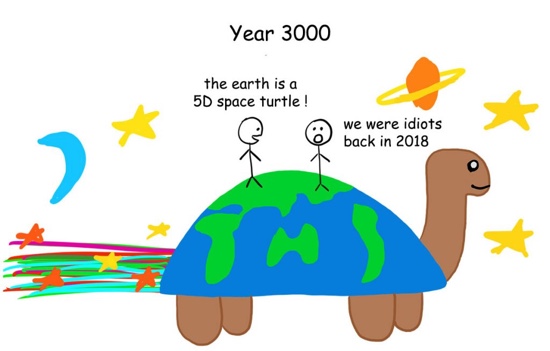 We forget to listen to ourselves. Our default state is to listen to others. We spend our lives trying to live up to other people’s expectations. But most people have never sat down and really thought about what they want to do with their lives. And it’s important that we think about it because we only have one life. We only have a limited time on this planet. One day we will be dead.

You’re time is limited so don’t waste it living someone else’s life. Don’t be trapped by dogma which is living with the results of other people’s thinking. Don’t let the noise of others’ opinions drown out your own inner voice. And most importantly, have the courage to follow your heart and intuition. They somehow already know what you truly want to become. – Steve Jobs

The challenge for our generation is creating a world where everyone has a sense of purpose. Purpose is that sense that we are part of something bigger than ourselves, that we are needed, that we have something better ahead to work for. Purpose is what creates true happiness. -Mark Zuckerberg

GROUPTHINK VS FOLLOWING OUR HEARTS

Do we listen to social conditioning and groupthink? Or do we follow our hearts? The book “The Fountainhead” explores this question. The story goes like this:

Once upon a time there were two architects who went to university together – Peter and Howard. Peter was super social; he became the head of the architecture society. He networked his way into a really prestigious firm after he graduated. Worked incredibly hard, sucked up to all the right people and eventually became a director of the firm. Made tonnes of money and retired a rich man. Towards the end of his days, though, he looked back on all the buildings that he designed and thought to himself: “All these buildings are ugly, I don’t like a single one of them. Every building I designed was driven by what the client wanted, or what my firm wanted.” He felt like his vision of the perfect building was still trapped inside him, and that nothing he achieved in life meant anything. 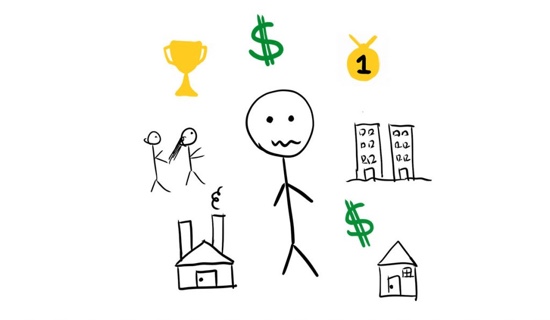 Meanwhile the other architect, Howard, just didn’t give a damn. He hated the Victorian design classes at university because it was unnecessarily ornate. Howard wanted to do minimalist post modern design. He ended up dropping out of university and going to intern with an architect who he had a lot of respect for. However, the architect wasn’t getting much business because his designs were so radical. Later on, Howard started his own firm. But he would only take on clients if the client gave him complete freedom to design the building however he wanted. His clients would have no say in the design at all. Howard didn’t have many clients and only built a few buildings in his career. However, he felt that every building that he built was a representation of his truest vision of art. The pylons of the building were like Howard’s bones, the windows and wooden finishings were his skin and flesh, each building was a temple to his soul. 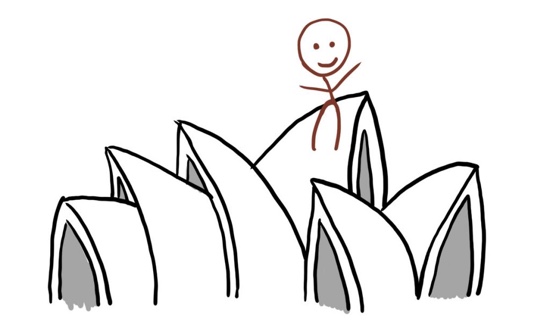 How has social conditioning and groupthink influenced how you live?

Write down 10 of your core beliefs.

Which of your beliefs did you consciously decide upon, and how many have been dictated by society?

Are you living the life you want to live, or the life society wants you to live?

How do YOU want to live your life? 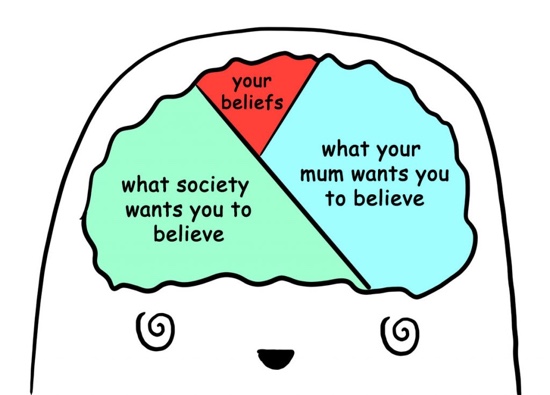