Taking My Own Advice: Words Fail Me 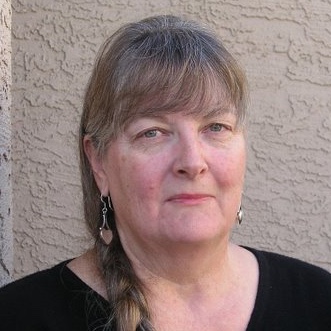 Because I am an older woman, it is often assumed that I possess wisdom based on experience. When asked – and I often am -- I can usually offer insight about attitudes and conduct that I follow in my own life.

I am ordinarily quite willing to serve up advice to others whose family members struggle with depression, bi-polar episodes, PTSD, post-partum depression, and myriad other miseries of human existence. I can clearly define a course of action that involves compassion but not enabling, action instead of empty commiserating, and preservation of self so that the struggles of a loved one in pain don’t pull two people under. I am often told that I have a “gift for people.” And that I know “what to do in a crisis.”

However, there is definite time when I’m like a baby duck on the freeway. I have two adult children who struggle with periodic bouts of mental illness. During the darkness of an extreme low, each has been known to become verbally abusive, accusing, even threatening. No matter how many times I have experienced these bitter moments, such incidents never fail to catch me off guard, terrify the mother in me that still reacts with fear for her child’s safety, and profoundly wound me. So far, we have survived every crash, every drop of a boulder, every tsunami of despair. However, I am decades older than the other two participants in this struggle to return to relative normalcy. I am getting less resilient, and I am becoming diminished by each race across the road trying to beat impending doom.

Therefore, it is fair to say that my advice to others trying to find a path through another’s mental misery is -- at least in part – sheer hypocrisy. Recently, I told the mother of an often-suicidal young man to refuse to forfeit the integrity of her existence, and to live her own life. I reminded her that she is not in control, and that only her son can determine his future. I said these things, she thanked me, and she did not witness me later collapse to my knees as I prayed for one more moment, one more hour, one more day of clarity for my own much-loved but battle-weary child.

I would do as I tell others to do if I had a clue how to begin.