Stop trying to be right all the time 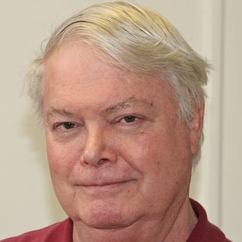 Sometimes it is better to be good than to be right.

A SPECIFIC TIME WHEN IT WAS HARD FOR YOU TO FOLLOW THAT ADVICE. There are so many times it is nearly impossible for me to single out just one, in terms of a particular interaction. But, I can connect one time, with another.

Everything I think I now know may be reduced to one word: GUNPOWDER.

This, at the hands of a therapist who counseled me when I was man in my mid-twenties. I sought his help because I was beset with panic attacks, and wanted the attacks to “go away.”

After a few sessions, he asked me why I had not joined my college classmates in the anti-war protests of just a few years prior.

I said that I could not march with them because they were dishonest. If they really believed in taking down the establishment, they would do something much more forceful than simply marching.

The therapist reached into his desk drawer, withdrew a clear plastic medicine bottle with a grey powder inside. He tossed it to me. “So, why don’t you make it right?” he asked. Make some bombs, use this gunpowder.”

I just wasn’t quite ready, for that, so I demurred. After a few weeks, I moved. The sessions ended.

In the ensuing years of my adult life, I became intensely focused on “getting it right.” Right on the facts, right on the logic. This fueled many arguments. And sometimes, the test, or the compromise, or the loss, of friendships. What I now know is that my attention to facts and logic was really a mask for a judgmental nature.

And I did not notice, over those years, that the frequency and severity of my panic attacks tracked too conveniently with my “judgment” of all those people who “got it wrong.” No, my psychological adjustment to all those wrong people was a superficial acceptance of them. Noblesse oblige, if you will. They just don’t know any better. But I did. Or so I thought.

And the net effect, of that, of course, was to support my own sense of my superiority to most others.

Eventually, it caught up with me. Severe panic drove me to seek counseling, and in the course of therapy, I learned what I was doing was defending against judgment of myself. I reflected on others my worst fears about myself.

But suppose I accepted other people, without judgement? Suppose I decided to be good, as opposed to being right?

And all has been well, since then.