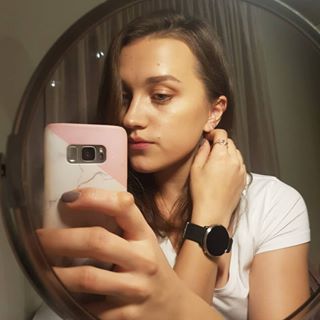 Every person has their own pattern of thinking and behavior that forms during the period of life and I am no exception. Growing up in a family of fencers, where this sport was a constant subject around dinner table it only seemed natural that I take it up too, even though I wasn’t the most athletic kid.

Thanks to my mother who was a fencing coach herself, hard work and long hours at the gym paid off. Around age 14 my technique and athletic skills have gotten high enough to start winning competitions, make the national team and start competing in European and World championships. Being the coach daughter, ranked number one in the country and very determined to make it to elite fencing level, I developed such high standards for myself that even I couldn’t fulfill them.

In my 2nd year of “Juniors”, age 19, I was in my last year of school, so imagine having to deal with exams, friends’ drama and being an athlete all at the same time – the pressure was on, but I was still determined to become a world champion, no matter what. My first competition abroad that season, ended up with me crying for two days because I didn’t even pass the pools (for those, not familiar with fencing, that’s not passing the first round of the competition), which hasn’t happened to me since age 12. I was so upset with myself, but I came back to trainings even more determined to prove I’m going to do better in the next competition, but I failed again, and again…

How do you feel when you fail in what defines you? Let me tell you – you feel lost and scared. Fencing was always the aspect of my life I could fall back on. It was always that one thing that brought me joy, naturally failing at it seemed like the end of the world.

So, after my mom advised me to get help from a sport psychologist, I agreed, even though I was very skeptical about it. During our first meeting, I explained that in my opinion my biggest problem is wanting to prove everyone I can be the world champion and I’m scared to let everyone down if I don’t become one. He gave me a notebook, some colorful pens and explained that this will be my outlet and I will have to do all the work and he’ll just be there to guide me along the way. During one of our conversations he asked me a simple question: Why do you fence? Even though the answer seemed quite simple it did get me thinking. The answer was feeling of euphoria after scoring the perfect touch, all my fencing friends, and the physical aspect of the sport. His advice was: next time you step on the piste – try to think about these 3 things and even if you’ll lose, will you lose any of them? The answer was NO. No one could take that away from me, no matter if I won or lost, just like the love of my family, it’s not dependent on my medals or results.

The minute I realized I have to let all this pressure go, actually enjoy fencing and even if I fail then, it’s going to be okay, it felt like the weight was lifted of my shoulders. By that time, it was already the end of the season and I only had one competition left, which was Senior European championships. To give a better idea, it’s one of the hardest competitions in the world, because all the European Olympic stars are there, not to mention it was my 1st time competing in senior category (no age limits). Finally, after a year of failures in all the competitions, I passed the first round, not just that, but I also won a match against a fencer who had world champion title under her belt, making it into the top 32 in Europe. Even though I lost the next match, my losing streak was over. I’ve gotten myself back.

This story shows how we are the ones building our own obstacles in life. We try to prove everyone our worth, we let achievements or results define us and take away the joy. But in order to truly live our lives, we must let go of all those expectations and realize that it’s ok to fail sometimes and that doesn’t affect our value or the love and support other people have for us.