Don't make a storm in a teacup: A Story of Relationship Building 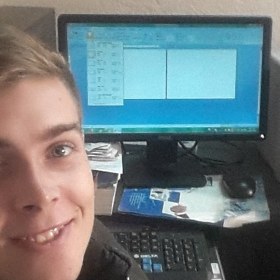 During my travels in India I learned a great lesson when I bought a cup of tea from a boy at a crowded train station.

India is full of small battles, and if I was going to fight every small battle I might have demanded 3 rupees in change and given back the sweet - even though tea sellers are some of India's poorest people.

But in Indian I learned to take the sweet and laugh,

because it builds a relationship… and the next time I wanted a cup of tea I payed the chai boy with only 1 rupee; and the sweet the first chai-boy had given me!

The second chai-boy would take the sweet and laugh,

because in India even the poorest man understands that relationship building is worth far more than a rupee.

Before I traveled in India I never valued relationship building enough.

Almost a year later I was working with a difficult supplier who kept trying to renegotiate deals with us every week.

I was very frustrated because I couldn’t keep making concessions or reach a compromise with him.

I gave the supplier one last concession; but with the condition that he buy me lunch at a local cafe afterwards.

The deal went ahead on unfavorable terms but I met the supplier that week at the cafe.

We joked for hours about our jobs, broken printers and bad weather until the cafe was almost closed - and then with a groan he asked a waiter for the cheque.

As I finished my tea we shook hands and laughed;

because the chai-boy had taught me that building relationships isn’t about meeting in the middle.

It’s dancing backwards and forwards over the line.

My boss didn’t understand how we fixed the contract with our supplier, or why I now need a bunch of printer parts for a printer we don’t own. But somewhere in India between Delhi and Calcutta there’s a boy who does.