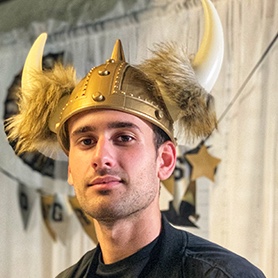 I have matured immensely because I have done the hard things within my life. When an opportunity presents itself, I pride myself on choosing the emotionally difficult decision because I have gained immense benefit from such a mental framework.

My health and energy are superb because I consistently choose to prioritize my sleep, training, and healthy food choices.

My relationships run smoothly because I have made the decision over and over again to communicate and lead with love.

Don't misunderstand me, I have made and continue to make plenty of mistakes. But, if there was one piece of advice I would offer to any individual or group of people, it would be the following: Always make the most emotionally difficult decision within any moment.

Making these decisions requires courage on your part, these are the kinds of decisions that you do not want to make in the heat of the moment.

When I was 18, I had a major decision to make in the context of pursuing soccer professionally. I could either avoid the emotional labor associated with traveling away from my family to a foreign country, or I could face that fear and soak up the experience of playing soccer internationally.

Naturally, I had to choose the emotionally difficult option which was to make the leap and travel. I could not identify with my feelings because I understood that those feelings would take me away from my desired outcome which was to play soccer at the professional level.

I had traveled before that point, yet not alone. I cried myself to sleep the very first night I arrived because I was pushed so far out of my comfort zone that the emotional labor became overwhelming. I felt alone, vulnerable, and scared.

Thankfully, the killer in me woke up the next morning. I understood that it was time to get to work and pursue my life-long passion, there was no more time for me to wallow in my uncomfortable emotional state.

What nobody understands about pursuing soccer professionally is the amount of pressure that is placed upon one's shoulders. I became married to the pressure, it was the only way for me to grow as a human being and take the evolutionary step from a young boy to a young man.

During this time while I was abroad, my father suffered his second heart attack. I vividly remember getting that phone call from my mother as I was preparing myself for the upcoming training day. Who I was and what I thought changed from that moment forward because there was no other option, it was the hard yet necessary thing to do.

I placed myself within the arena of life and evolved as a result. I was forced to become a better version of myself and gladly ventured into the unknown, that's a decision that everybody else will have to make for themselves as well.